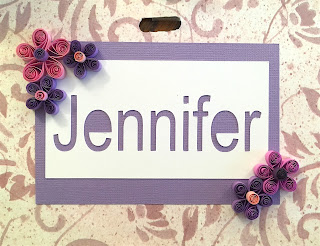 Image Credit:  My pic of my own nametag, my quilling and design.
Posted by Unknown at 5:40 PM